Reaching out to the destiny... by Jinesh K P 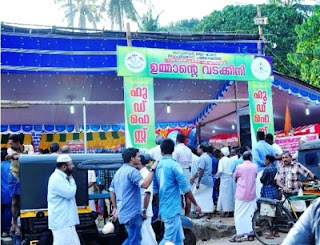 Reaching out to the destiny


My First foot in the Mission office… Once you’re in, it seems as though everyone is too busy to show you the ropes. And more often than not, orientation of any sort goes out the window. Don’t get me wrong, hitting the ground running isn’t a problem for me, but sometimes, everyone could use a little padding when they land… Starting a new job is usually a little bumpy and there’s always a learning curve. After my interview at Trivandrum, decided to join as District Program Manager for Enterprises and joined my home district in the last week of July. Surprisingly we three joined together…Myself, Mridula and Sreeraj (Later became the Three Idiots) The Malappuram Mission office to my surprise was full of mind blowing talents and energetic team mates. I was confused of my learning curve in the new assignment. Reported to our beloved DMC Hemaji who advised to start from the scratch and as always seamlessly smiled and supported. The very next day was her birthday… that the entire team joyously celebrated. Later I could conceive that she never let any of the team member’s birthdays to pass idle. One and only ADMC Vinod sir detailed our duties and the holistic picture of Livelihoods in Malappuram Kudumbashree. The technical jargons and abbreviations seemed to be a bit confusing, picked up with an inner urge. Approaches may vary; the result has to be overwhelming… Getting Admittance and Acceptance are the key factors to become an integral part of a team. While mingling with women folk in the district, I had to use tactics to get acceptance. My first district Plan Review Meeting happened on the second day after joining. Hemaji introduced us to the CDS Chair persons that helped to create the sense of belongingness. Our special guest was Kasargod DMC who explained “Mazhappolima”- an agri-based inclusion program. The PRM so happened meant a lot for me as the CDS chair persons accepted our transformation and from there it was my priority to challenge the tasks by accomplishing them. For the past 10 months I was able to be an integral part of the system and as promised, could make a move in my sector. All I needed was a ground to stand… a grip to hold…and a rope to climb… Hindrances are there but together we will reach our destiny !